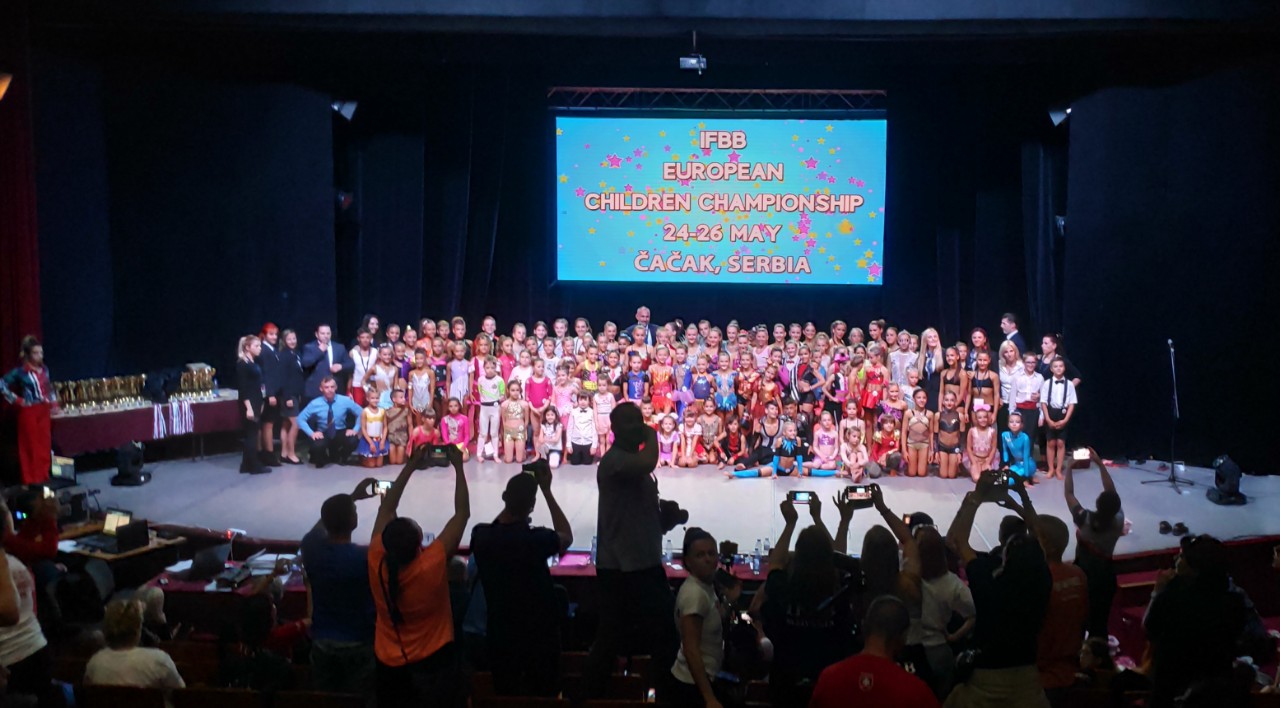 Serbian Federation (SSBBFA) led by Mr. Goran Ivanovic made another step forward in the promotion of Fitness, recent weekend May 24tn -26tth, hosting the 2019 European Fitness Children Championship, in Čačak; a dynamic city that has been a great host of international Bodybuilding & Fitness competitions several times, during the recent seasons.

Over 130 children competitors between 7 to 15 years old, from 9 European countries went to Čačak, joined by its parents, IFBB officials and supporters; to participate in this event and discovering the traditional hospitality of Serbia and citizens of Čačak.

With exceptional conditions for competition (accommodation, food, venue site, stage, and the smallest technical details important for successful performances), young athletes performed the large audience with their brilliant programs, inviting them to cheer frenetically, during each performance.

2019 European Fitness Children Championship was divided into 9 girl’s and 2 boy’s categories. The strongest impression was left by the phenomenal teams of Slovakia and Hungary, which took the largest number of medals and cups. These countries demonstrated to be the two strongest forces in the world of children’s fitness (Europe).

For SSBBFA and Serbia, this competition was a significant experience and encouragement for further progress, as they had the opportunity to stand side by side with the best competitors from Europe. Young star Nelli Novodomska (Slovakia), one of the most successful competitors in world-class Fitness, also performed in Čačak. Seeing her and her performance, for Serbia’s young hopes was priceless.

Also, there were other successful girls from Hungary, Netherland, Turkey, Czech Republic, Poland, Estonia, and Serbia, who left everyone present without words, with their attractive fitness routines, choreography, and costumes.

The importance of this competition was confirmed by the presence Mr. Darko Udovičič -Deputy Minister of the Ministry of Youth and Sports-, Mr. Davor Štefenek -President Sports Union of Serbia- and Mr. Goran Marinković -General Secretary Sports Union of Serbia-, joining the SSBFA executives and European IFBB officials.