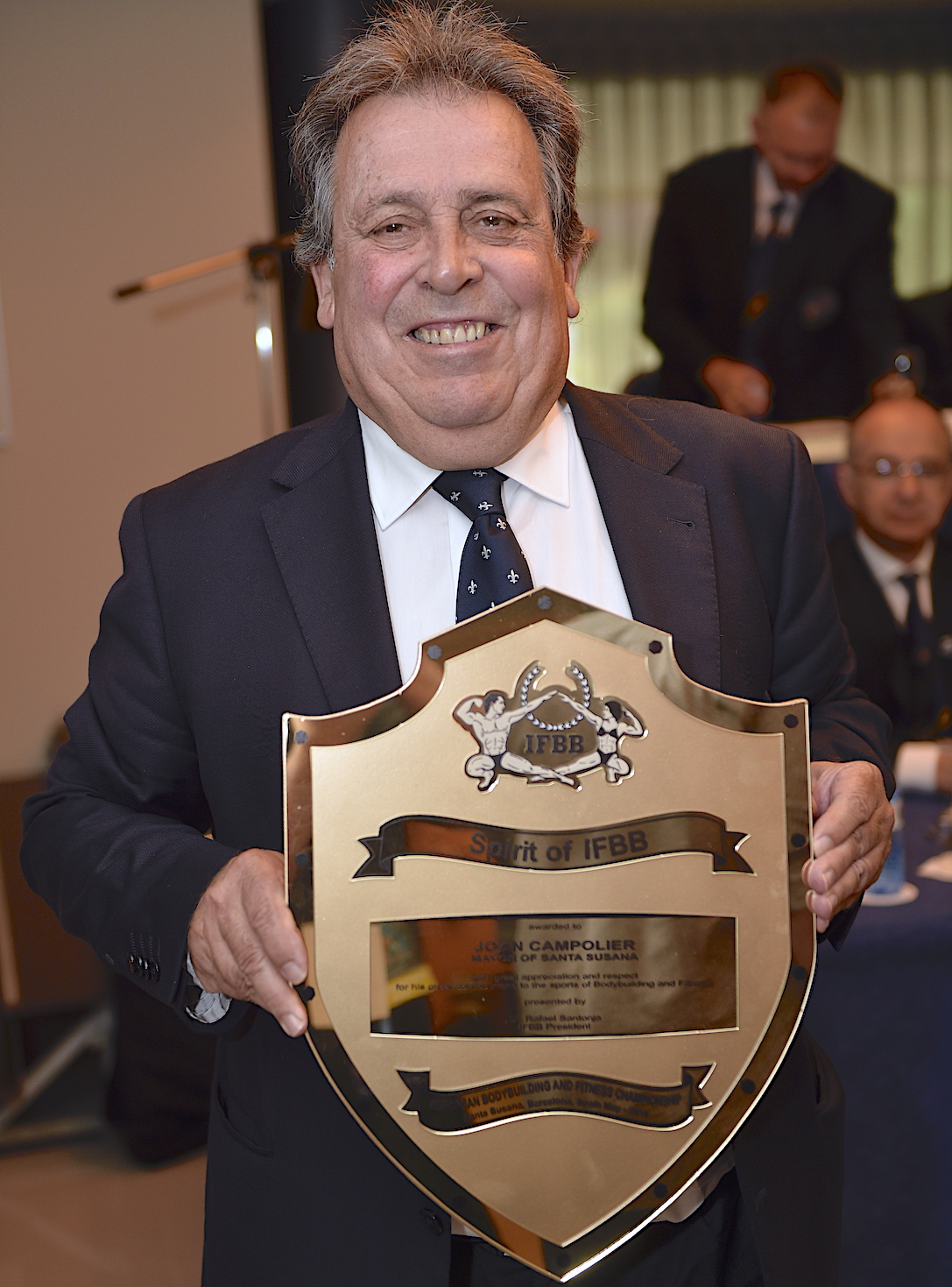 Great news for Santa Susanna (Barcelona; Spain) and Bodybuilding: Mr. Joan Campolier i Montsant was re-elected for a new 4 years period, as Mayor of the village, in the Municipal Elections celebrated on recent Sunday 26th, in Spain.

Always committed with his village -he became in Mayor in 1976-, Mayor Campolier has been the local driving force behind the motto “Santa Susanna, World Capital of Fitness” when the IFBB celebrated, in 2003, its first World Fitness Championships in the village. Some weeks ago, he was awarded by President Santonja, on behalf the European Bodybuilding & Fitness Federation, with the “Spirit of IFBB”, at the 2019 EBFF Congress, in recognition to his long-term relationship with IFBB and Bodybuilding & Fitness.

Personal friends for almost 2 decades, President Santonja was one of the first persons to congratulate him, officially, for his new re-election as Mayor.