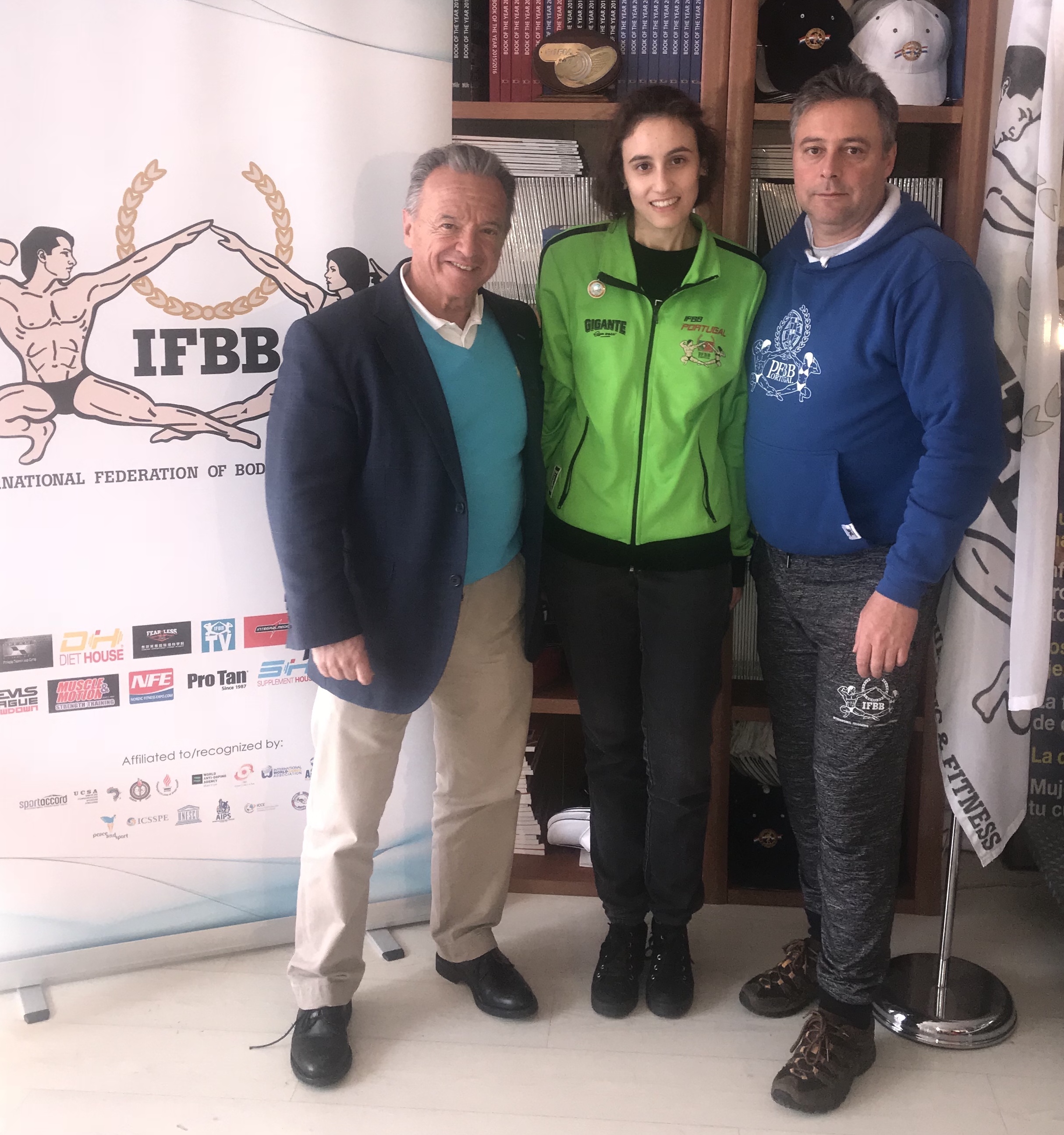 Mr. Reis meet with President Santonja and reported him about the recent activity in Portugal,
where the PFBB has been recognized by the Portuguese Sport Confederation (CDP) and their
athletes could be eligible for the National Awards, presented to main athletes in the country.

Leading a very active and efficient team, Mr. Reis has made Portugal one of the most active
countries in Europe, related with Bodybuilding and Fitness. After international events as
Mediterranean Championships (2016) and Diamond Cup (2017); this season 2018 will be
unforgettable for the PFBB as the country will host up to 3 Top International events: