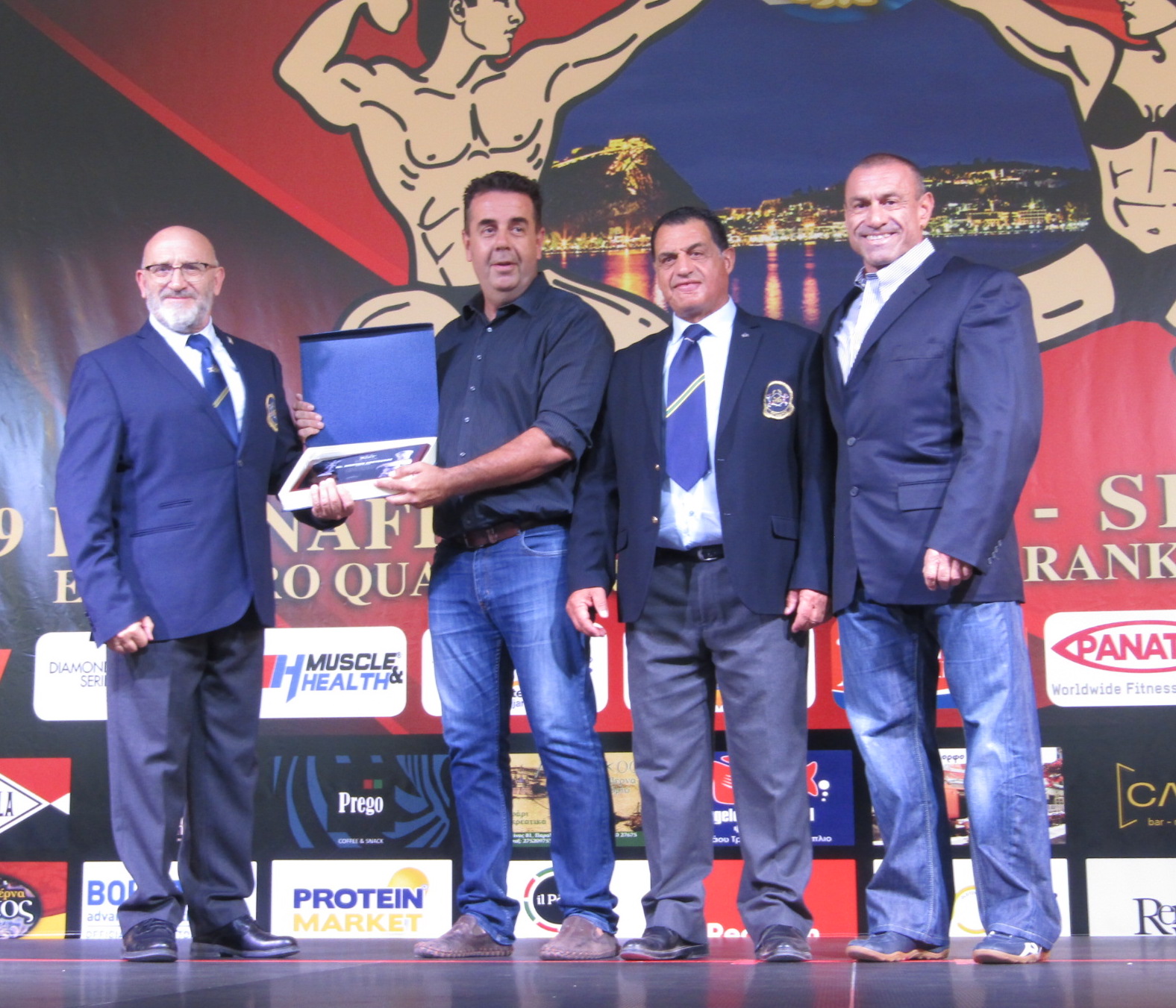 With the participation of athletes from more than 20 countries, including several ones away from Europe; the 1st. edition of the IFBB Nafplio Classic has been another fantastic success for Bodybuilding and Fitness in Greece, supported by promoter Tassos Koligkionis and the National Federation.

Once again, the crowded Municipal Stadium of Nafplio -venue of the event- offered a fantastic Bodybuilding championship, attended by the Mayor of the city, Mr. Dimitros Kostouros, who received the IFBB Spirit of Sport Award in recognition to his continuos support to the sport, as this was the third international event celebrated in the village during the last two IFBB seasons.