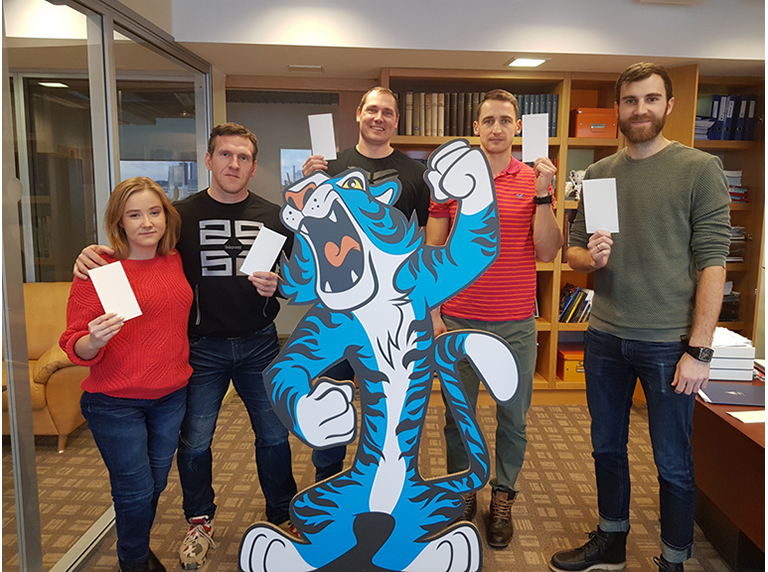 Past 30th of January, Ott Kiivikas, athlete representative of the European Bodybuilding and Fitness Federation, attended in Estonia to the NOC athletes commission meeting, looking forward to supporting to the progresión of bodybuilding on his way to progresión in the European Olympic institutions.

In the picture members from left: Paralympic swimmer, Keit Jaanimägi; Ott Kiivikas, EBFF Athletes Representative; in the middle, NOC and IOC athletes commission President and Olympic champion Gerd Kanter; the Olympic rower, Allar Raja; and Estonian volleyball team member, Andres Toobal. Making a promotion picture for the promotion of the International Wild Card, a day that will be celebrated on the 6th of April against bullying at schools.