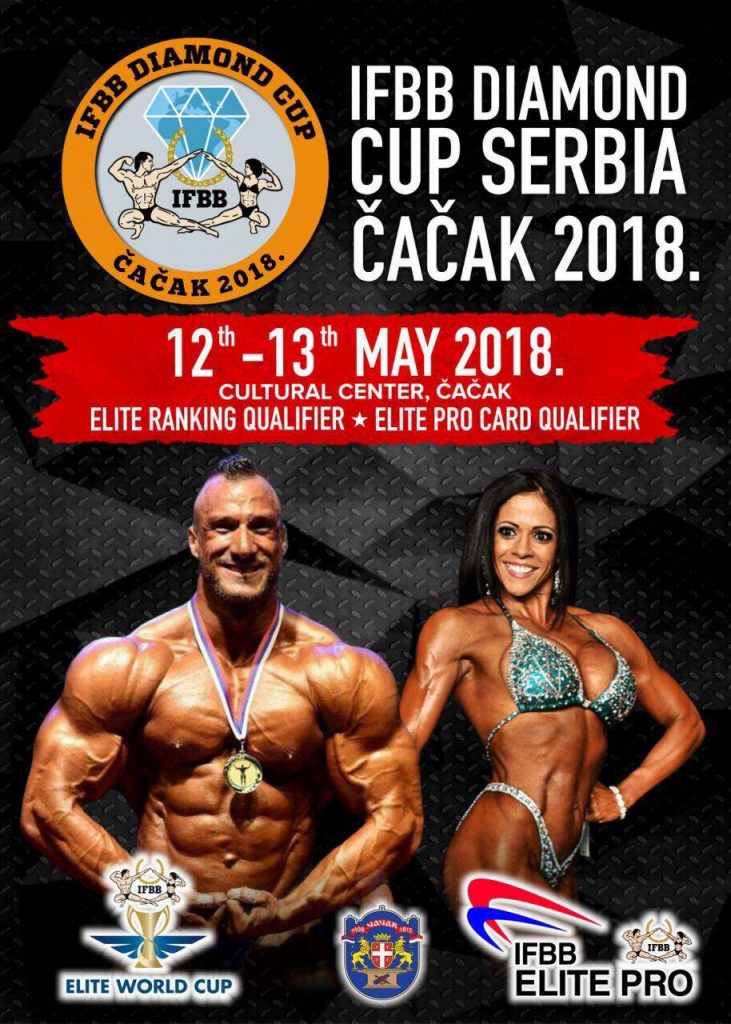 The great success of participation and organization of the recent IFBB Diamond Cup Serbia, celebrated in Cacak (11th to 13rd May), took the attention of media press during the whole weekend. Athletes and supporters from several countries visited the Serbian village, in order to participate in this event, organized in a perfect manner by the Nationall Bodybuilding Federation chaired by president. Mr. Goran Ivanovic.

Several sport and administrative institutions supported, as well, the event; as the Major of Cacak, Mr. Milun Todorovic, who made an official meeting with the international delegates. Other important personalities as Mr. Ostoja Mijailovic, member of the Serbian Parlament; Mr. Alexander Milikic, Marshall of City of Bor and the Ambassador of Tunisia, Mr. Seyf Allah Rejeb who attended the competition, supporting their respective athletes.

Serbian National Channel made a live connection with the venue and other highlights has been broadcasted through the media as the next link: