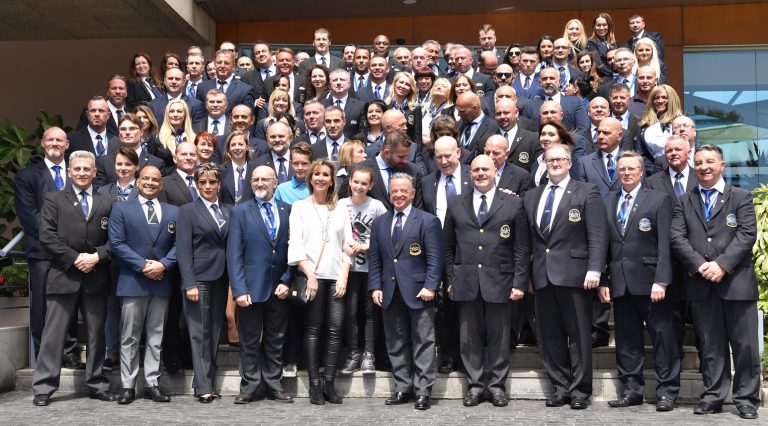 If “a picture is worth a thousand words”, this image represents perfectly the power of IFBB, in Europe. Taken at the end of the 2018 Annual Congress, delegates and officials from more than 40 national federations affiliated to European Bodybuilding & Fitness Federation (EBFF), posed together for the media press, surrounding re-elected president, Dr. Rafael Santonja, his wife Nieves and daughter Elena.

From Portugal to Rusia (West to East) and from Spain to Norway (South to Nord), near 100 IFBB officials represented its countries, in Santa Susanna (Spain); recent 2nd to 7th May, during the 2018 EBFF/IFBB European Championships.