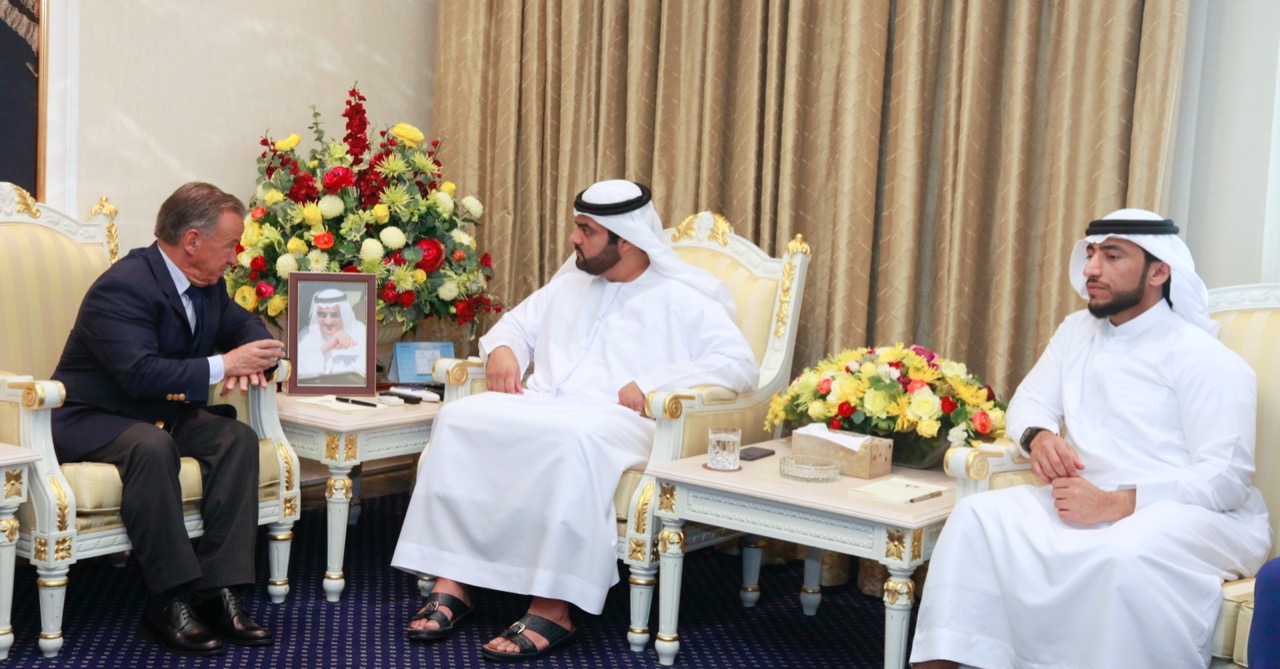 Subsequently, a press conference was held widely attended by all national media and television.

The IFBB World Championship and Congress will take place in Fujairah (United Arab Emirates) on November 5-10, at an event held with all the Institutional support, celebrating a great year of progress in all its programs.

Federation of United Arab Emirates under the leadership of H.H. Sheik Abdullah Bin Hamad Al Sharqi, also Vice President of the IFBB for Asia, was awarded the Honor Medal for his magnificent job of leadership and progress for our sport.

The World Cup incorporates the categories of Bodybuilding, Games Bodybuilding, Classic Body Building, Men’s Physique and the participation of national federations of 130/140 countries, due to the special conditions of easy visa and permit processes, as well as in the progressive increase of participation of African countries, which this year celebrate their first major Continental Championship and countries of Oceania, an area that has excellent communications with Dubai airport.