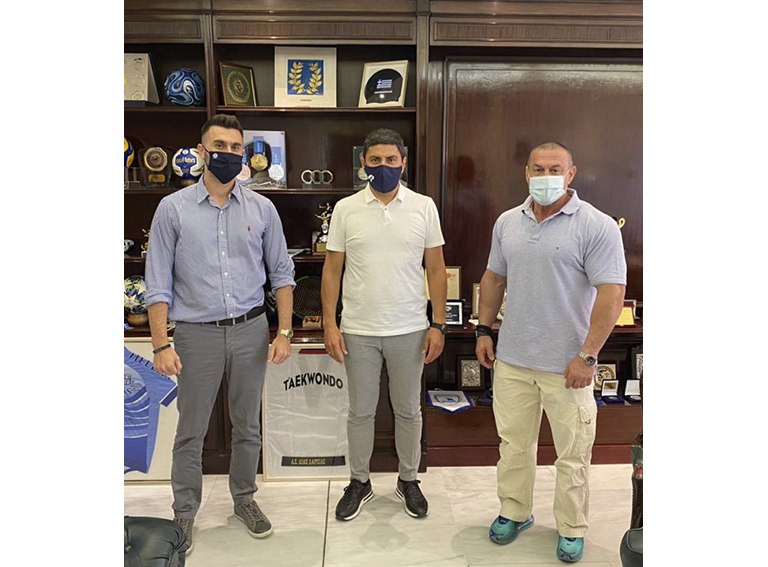 One year after receiving the Sports Recognition from the Greek Government, the President of the Panhellenic Federation of Bodybuilding and Fitness, Mr. Steliuos Kliafas, accompanied by the Founding President, and current Head of Sports Planning, Mr. Tasos Koligionis, met with the Greek Sports Minister, Mr. Lefteris Avgenakis, discussing subjects of interest.

Minister Avgerakis confirmed his attendance to the next National Championships that will take place next September 26th in Athens.