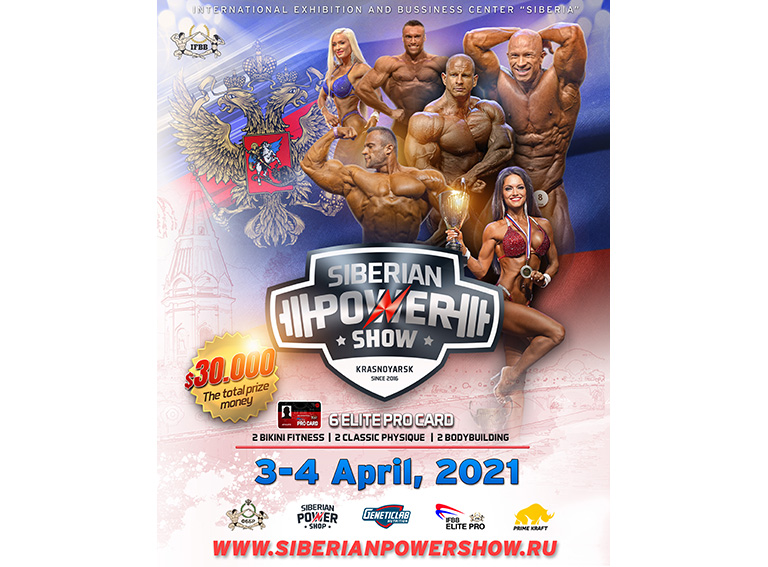 The Siberian Power Show in Krasnoyarsk, a new success for the Organizer Dennis Kiyustin, and the Russian Federation.

The brilliant winner of the Professional Siberian Power Show and first GRAND SLAM winner was Michal Krizanek from Slovakia.

Following the classification of this exciting professional event, it was also winners in the Bodybuilding category, Ilya Lukovets from Belarus in second place, and Denis Bazhanov from Russia in third place.

The Bikini Pro champion was Yana Kuznetsova, followed by Anastasiia Zolotaya, and Galina Maslovskaya, all Russian athletes who participated among an impressive line of competitors in great shape.

In the amateur categories the overall winners were in Bodybuilding, Denis Bazanov from Russia, in Bikini Fitness, Anastasiia Zolotaya from Russia, in Men’s Physique Sergey Trubin from Russia, and in Bodyfitness Alexandra Mekshun also from Russia, among others, in an IFBB event with more than five hundred athletes in great shape.

The Siberian Power Show already begins to prepare a renewed and better edition in 2022.